Big Brother is Watching You! 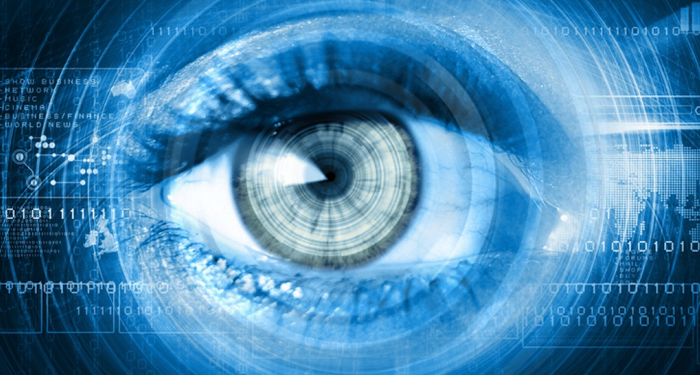 Biometric technologies begin to break new ground. Scanning of individuals irises from up to 12 meters away is the latest breakthrough in this field giving law enforcement officials an opportunity to identity your personal information at the blink of an eye (no pun intended)!

This means that soon you won’t need to use annoying passwords or cumbersome long security numbers to identify yourself! It’s scary to think but a total stranger might have all of your personal information just by you glancing at a security camera.  However, introducing such technology will come with serious challenges. There are both legal issues and public anxiety around having such sensitive data captured, stored, and accessed.

Researchers have done case studies on members of the public and have found that despite this technology known as long-range identification being extremely convenient, your phone, computer and car will be able to identify you, most are very reluctant to accept this new interaction as they don’t trust that they will be identified correctly and would prefer a interaction where they are in control of navigating the system.

Another concern was that this could ultimately produce far more widespread commercial and governmental usage of biometric identification than the average citizen might be comfortable with. You could for instance walk into a shopping mall and be identified via a remote scan without even being aware of it! Before going live this technology would have to undergo figurous international laws in terms of privacy and how the data is stored as these would require robust security protections. Data stored on clouds for instance tend to move around between different servers and countries, which makes preventing unauthorised access more difficult.

It's scary, but one of these days BIG BROTHER might really be watching you!