What does your pet see? 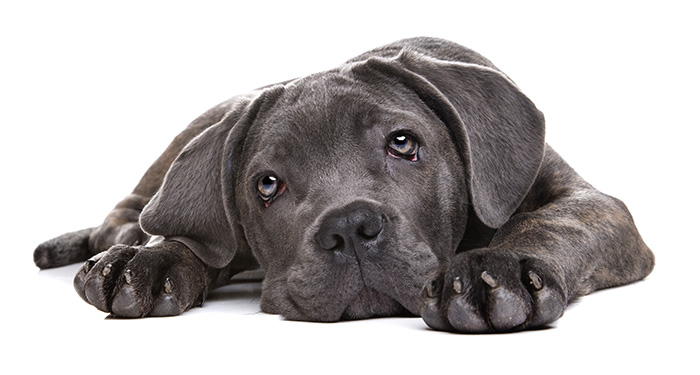 You might find yourself glued to cat videos on YouTube. Or it could be the latest dog meme circulating Facebook that brightens your day. As humans, we are often endlessly fascinated by the way in which these animals infiltrate our hearts and explore our world. Beyond this, their basic biology and abilities continue to astound.

In the U.S. city of Boston, a cat named Sugar fell from the 19th story of an apartment block and survived with little more than a bruised chest. In a study undertaken by an Italian-based research team, two female dogs were given the urine samples of 900 men to sniff. They were able to detect prostrate cancer in over 90% of the affected cases. So what then, of their sense of sight?

A common misconception is that dogs see the world in black, white and shades of grey. Like most mammals, they in fact have two types of colour receptors (commonly referred to as ‘cones’). Most humans are born with three types of cones, allowing them to perceive a wider range of colours. 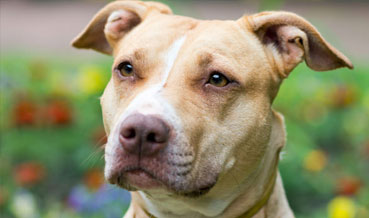 Dogs are not dissimilar to individuals with red-green colour blindness, who are similarly born with only two kinds of cones. Each cone is sensitive to a different wavelength (i.e. colour) of light. By detecting different quantities of each wavelength and combining them, our three cones can transmit various signals for all the hues of the colour wheel. A dog instead sees greyish brown, shades of yellow and shades of blue. Some research indicates that they may be able to distinguish between green and red as red objects, once void of colour, appear darker. 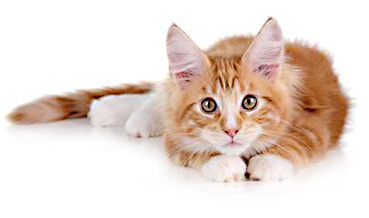 Cats meanwhile are believed to be trichromats, just like humans, meaning that they have three kinds of cones. However, they have a far weaker concentration of cones in each eye than in the human eye. As such, the world they perceive is not nearly as rich in colour as the one we live in.  While a cat is able to see shades of blue and green, pinks and reds may be confusing. These may often appear to be of greenish hue, while shades of purple may appear blue to them.

They may not be able to perceive colour as we do, but what dogs and cats lack in the photoreceptors known as cones, they make up for in the photoreceptors responsible for peripheral and night vision, otherwise known as rods. In the case of humans, four out five of light-sensitive cells in our retina are rods. In cats, twenty-five out of twenty-six of these light-sensitive cells are rods. In addition, cats and dogs have a reflective layer underneath the retina called the tapetum. The tapetum helps to intensify their vision in dim light. The ‘mirror’ effect of the tapetum can often be seen in the shining eyes of an animal at night when confronted with a light source like headlights.

Your pet may not be able to appreciate a Monet the way that you do. Their biology has been defined by an entirely different set of criteria. Yes, they may purr on your lap peacefully while you watch television, or crawl under the covers with you, the perfect picture of domesticity. And yet, beneath this cuddly and affectionate exterior, nature has well-equipped their sense of sight to be the predators they once were. So the next time you appreciate the beauty of a setting sun, remember that for our cats and dogs it may be something else entirely. To them, it just may be the call of the wild.