Carrots for your eyesight 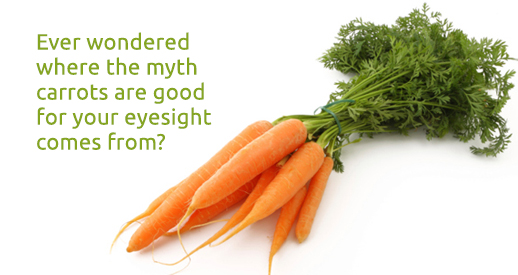 Were you one of those kids whose parents wouldn’t let you leave the table ….. until you finished your carrots! Well, you and many more who came and went before you experienced the same consequences of a myth that was started as a means to out trick the enemy (not your parents) but the Nazi bombers that attacked Britain during World War II.

As a means to protect their Royal Air Forces success in developing a new system that could pinpoint enemy bombers before they reached the English Channel, the Britain's air ministry spread the word that a diet of carrots helped pilots see Nazi bombers attacking at night.

British Intelligence didn't want the Germans to find out about the superior new technology helping protect the nation, so they created a rumour to afford a somewhat plausible-sounding explanation for the sudden increase in bombers being shot down. The disinformation was so persuasive that the English public took to eating carrots to help them find their way during the blackouts.